Whilst doing some research for a product, I wanted to see whether we could use a service for image recognition. I’d heard of ‘Machine learning as a service’ (MLaaS) but hadn’t actually experimented with any of these services.

I found two services for image recognition: Google Cloud Vision and Clarifai. Both services have a set of pre-trained models which you can use via their APIs.

Google lists the following models which you can use (their descriptions):

Clarifai also lets you train your own model which sounds interesting. I coudn’t see an equivalent feature with Google Cloud Vision.

My specific use case was to look for landmarks in images. As Google Cloud Vision have an API for this, I decided to try it. I will however take a look at Clarifai when I have the time.

Set up on Google Cloud

Google have a feature on their splash page with which you can just drag and drop an image to quickly test the service. I wanted to try out the API however.

As this was the first time I’ve used the Google Cloud Platform for anything, I had to set up a few things. If you want to use the API in a local application, you have to first install the Google Cloud SDK for your OS and then a client library of your choice (C#, Go, Java, Node.js, PHP, Python or Ruby).

Once that was set up, I used the node.js code Google supplies here for my landmark detection test.

For the test itself, I grabbed 4 screengrabs from a corporate video about Berlin. I wanted to use images which Google hadn’t already seen, but which contained Berlin landmarks. You can see the images below and whether Google correctly identifed the landmark.

From left to right (and top to bottom), the results were: “Reichstag Building”, “Checkpoint Charlie”, “No result” and “Brandenburg Gate”. 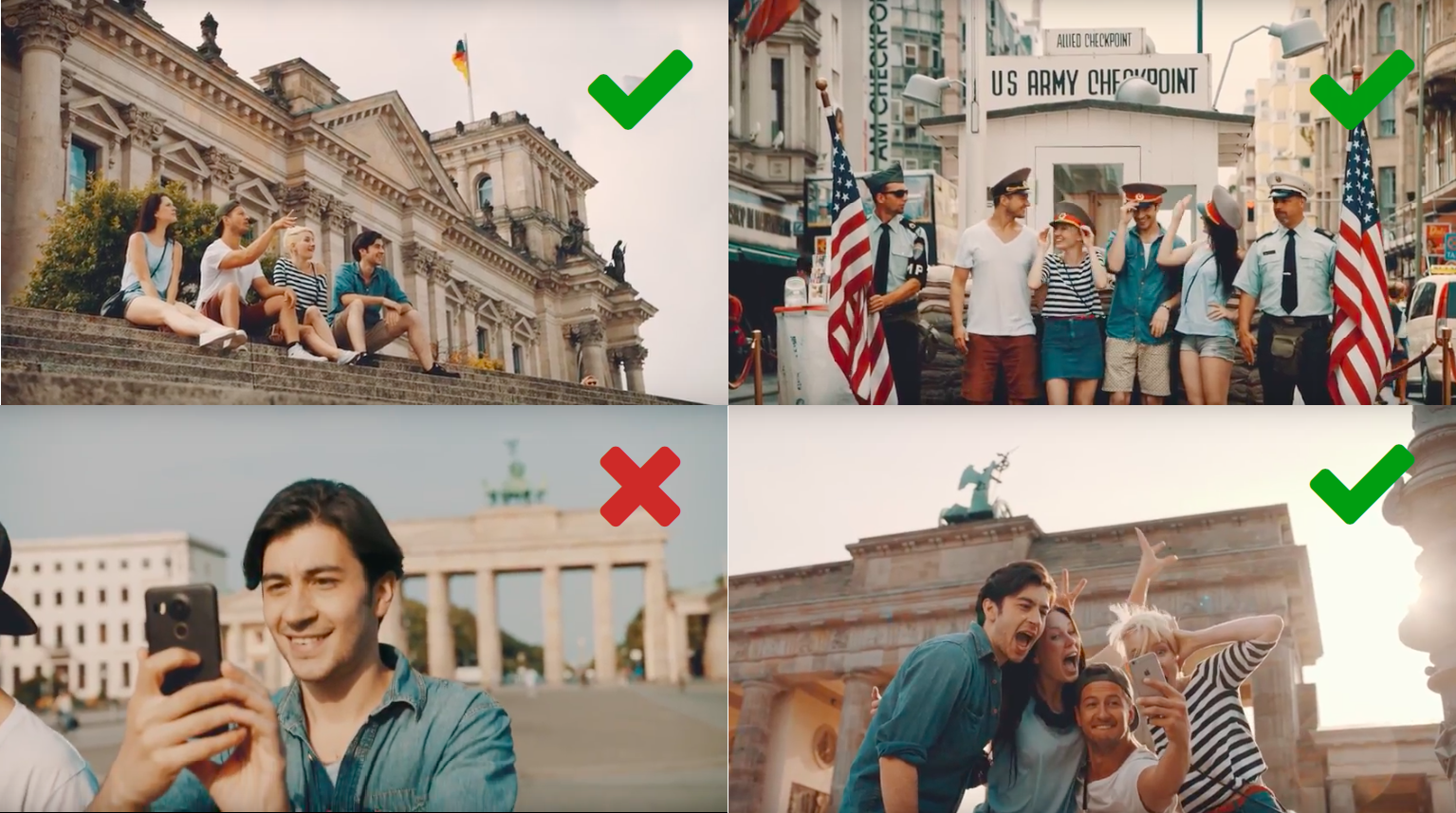 I was very impressed by this (admittedly brief) test. When I get the time, I’m going to take a look at Clarifai.