I originally wrote this on the sipgate blog in English and also in German. In it I write a Slack integration for sipgate team using sipgate’s telephony API, sipgate.io.

Several teams at sipgate use Slack to help them manage their work and communicate in one place. Slack’s strapline is: “All your communication in one place, integrating with the tools and services you use every day.” I’ve heard similar claims before, only to be disappointed (I’m looking at you SharePoint and Google Wave). However, Slack is one of the first times the execution meets the promise.

A team may use multiple different SaaS apps but not all team members use all of them all of the time, or to the same extent. Without constantly switching between these apps, a team member may therefore miss important signals (from a customer or system). A Slack custom integration can help you tackle this problem by pulling information and activity from another tool and presenting it in a channel (a channel is like a thread). Each team member gets a high-level view of key events in each respective app and can decide whether to ignore, respond inline (i.e. in Slack) or switch to the app or service itself.

The sipgate UK support team uses many applications including Trello, Zendesk, Zopim Live Chat, Yammer and Twitter. As an example, we use the Twitter integration to post any mentions of our handles right into the support channel. We noticed, however, that we didn’t have an integration for our own SaaS app: sipgate team. As we run our business hotline through sipgate team (using a call queue), we thought it would be useful to see information about missed calls in our customer channel. That way we could easily coordinate phoning a customer back. If only we could write an integration?

As it happens, some of our colleagues at sipgate have built just what we need. sipgate.io is a real-time telephony API, which can be used as a standalone service or with sipgate products. The API lets you pass information about incoming and outgoing phone calls to your own web server. This means you can integrate sipgate’s telephony with your own services, products or internal tools. As we wanted to be notified about incoming calls to our hotline, this was ideal.

In order to write an integration (rather than selecting one of the off-the-shelf integrations in Slack), you need to configure an ‘Incoming WebHook’. To do this, go to the App Directory in Slack, select ‘Configure’ and go to the Custom Integrations tab where you will see the Incoming Webhooks option.

To configure the webhook, select the channel into which you want to post and then, optionally, give the webhook a meaningful label, name and icon. Copy the webhook URL for the next step. 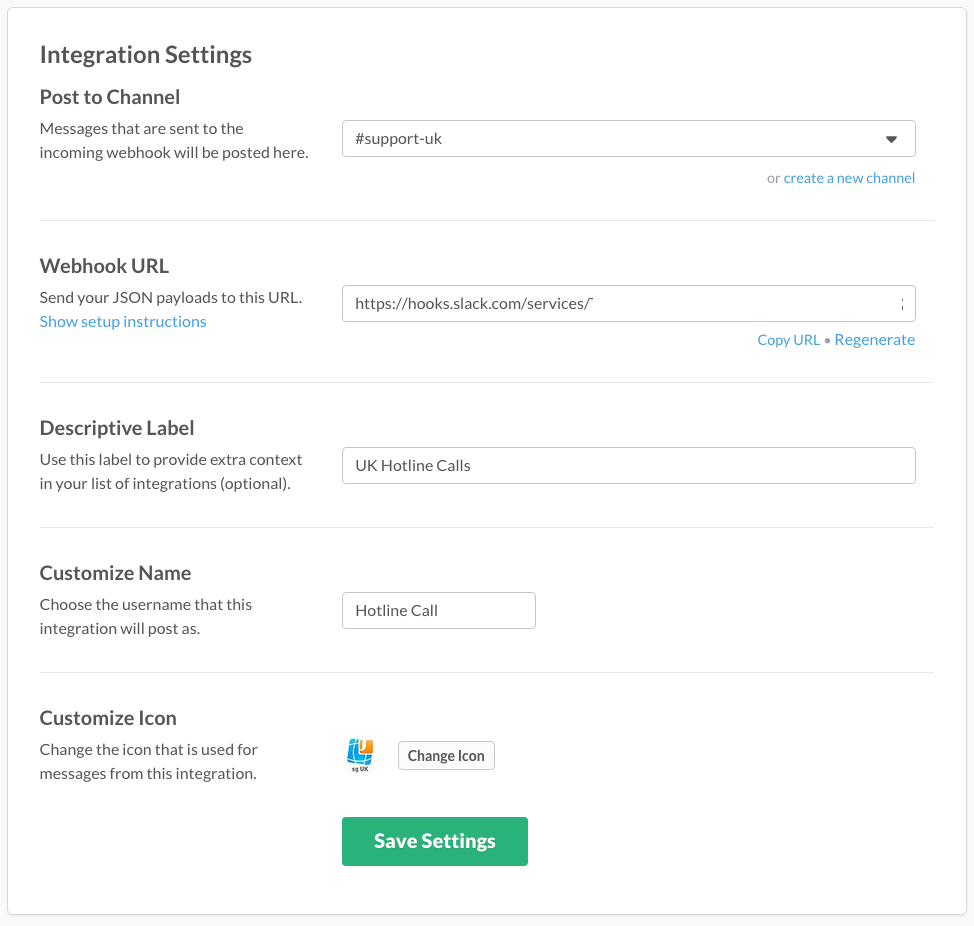 Once you’ve set up your webhook you can get down to writing some code. I chose to write my integration in Ruby, in the Sinatra framework. (If there’s something here I haven’t explained, look in the GitHub documentation or in the sipgate.io cookbook.)

Firstly, before we can do anything we need to set some things up:

We need to tell sipgate.io where our server is so that our code can run when a call is made to the hotline. This is done in sipgate team by going to the sipgate.io tab (you need to book sipgate.io first), selecting the group or user for whom you want to configure sipgate.io (in this case our UK Hotline group) and entering the URL of our server. 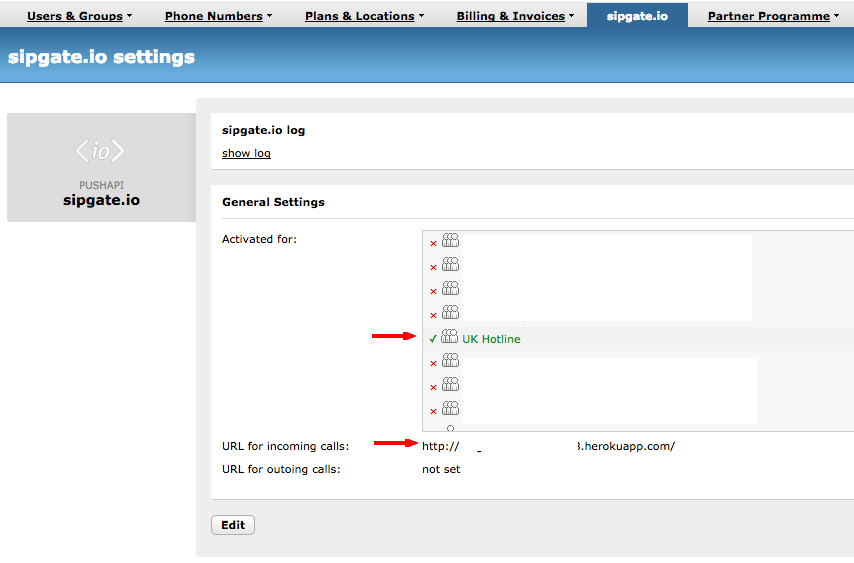 Once we’ve got this setup out of the way, let’s look at what happens when a call comes into our group. sipgate.io will make a post to the URL we told it about (above). At this point, we do two things:

Lastly, we need to determine what to do when sipgate.io sends us the answer and hangup events (for more information about events, see the GitHub documentation). We are interested in two scenarios:

This is what the missed call notifications look like in the Slack iPhone app. Neat, eh? 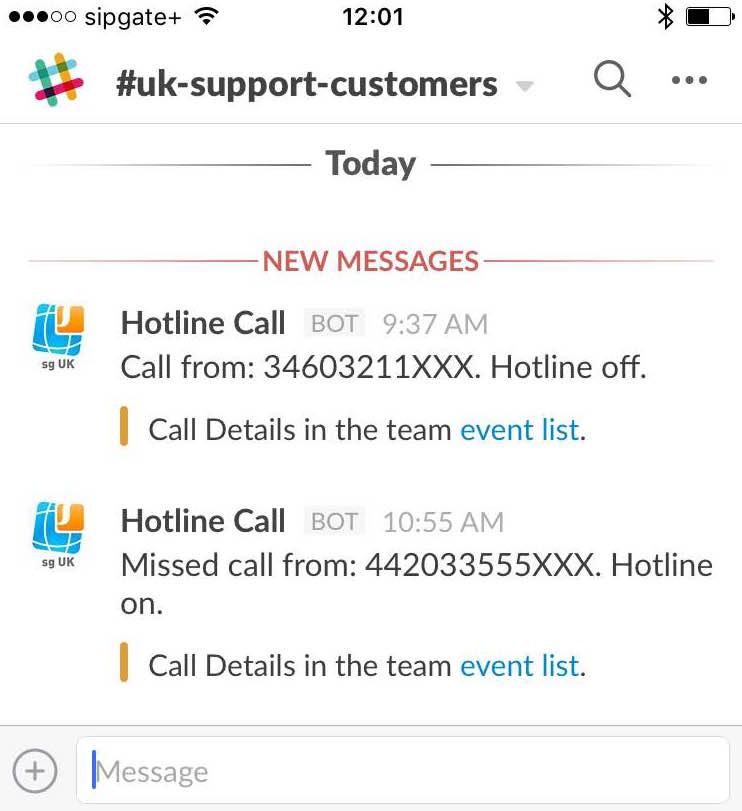